DENVER—February 19, 2021—Boom Supersonic, the aerospace company building the world’s fastest and most sustainable commercial airliner, today announced that it has appointed two renowned leaders to the Boom Advisory Council: Phil Condit, former chairman and CEO of The Boeing Company, and Tim Brown, executive chair of celebrated design firm IDEO. Boom continues to build its council of world-class leaders to provide strategic advice to the company from a variety of perspectives. These advisors play a key role in helping bring sustainable supersonic flight to airlines and passengers around the world.

“Since our founding, our advisors have been active, crucial contributors toward building the supersonic future, and I’m honored to welcome Phil Condit and Tim Brown to this group,” said Blake Scholl, Boom’s founder and CEO. “Both bring invaluable perspectives—Phil as a veteran leader in commercial aviation, and Tim as a widely respected innovator in human-centered design.”

Phil Condit has built both airplanes and companies in his storied career as CEO and Chairman of The Boeing Company, where he helped transform the company into a broad-based, global enterprise. Condit led the acquisition of McDonnell Douglas, and Boeing’s revenues more than doubled during his service. He began his career working on Boeing’s supersonic transport program, and he has long shared Boom’s passion for faster flight. Condit held leadership roles on a large number of Boeing commercial programs, including the 747 and 757. As an executive vice president and general manager, he led the team that launched the 777, where he pioneered integrated design and build teams comprising customers, suppliers and employees. As Boom prepares for the upcoming launch of Overture’s manufacturing, Condit’s end-to-end experience delivering large commercial airplanes will help solidify Boom’s lead in civil supersonic aviation. 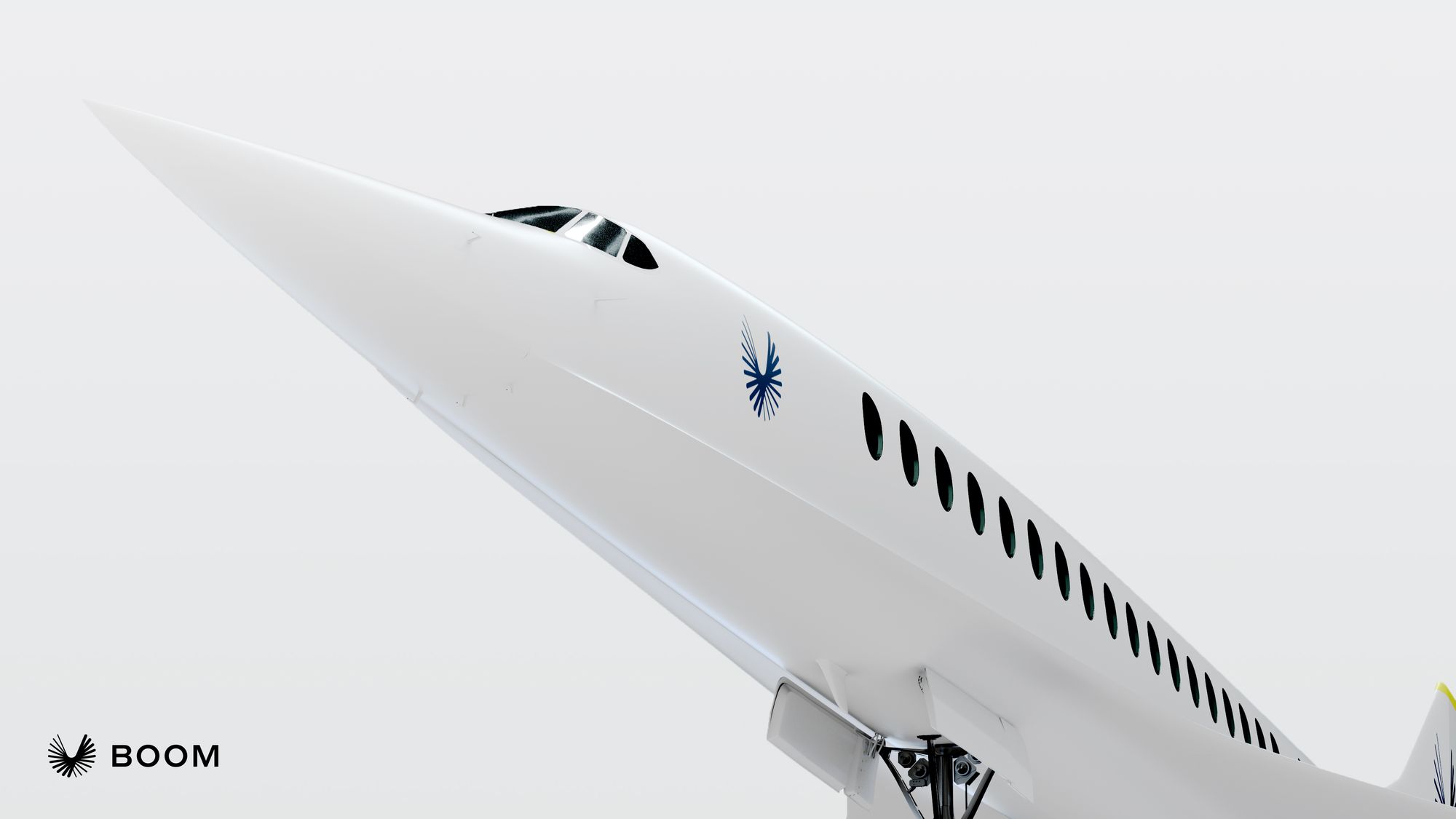 “The potential of faster flight is an exciting next step in civil aviation. I was drawn to Boom by the significant progress the team has already made in developing a sustainable supersonic airliner,” said Condit. “Boom’s team has the technical depth and know-how to deliver on its vision, and I’m excited to have another opportunity to help make aviation history.”

Tim Brown is an award-winning industrial designer and executive chair of IDEO, the global design firm. Brown has exhibited work at the Museum of Modern Art in New York, the Design Museum in London, and the Axis Gallery in Tokyo, and he is a frequent speaker at the World Economic Forum and TED. Brown popularized design thinking, advocating for a human-centered approach to innovation. Taking into account the interdisciplinary nature of design, Brown’s perspective will help Boom deliver a major step change in the flying experience for passengers and crews aboard Overture, Boom’s flagship supersonic airliner.

“Boom has an inspiring vision of global connectivity, and I am inspired by the company’s commitment to sustainable speed,” said Brown. “Overture is an opportunity to create a truly human-centered travel experience. While the first-order benefits of faster travel are clear, I’m fascinated by what second-order benefits supersonic commercial airplanes will offer.”

Today, Boom’s primary focus is designing and developing Overture, a 65- to 88-seat supersonic airliner. Overture is slated to roll out in 2025 and begin commercial flights by 2029. Built on the core principles of speed, safety and sustainability, Overture will fly twice as fast as conventional jets over more than 500 transoceanic routes worldwide. To develop key aspects of Overture, including the capability of running on 100% sustainable aviation fuel, Boom has partnered with major aerospace companies including Rolls-Royce and Collins Aerospace.

Last October, Boom unveiled XB-1, the world’s first independently developed supersonic jet and a key step toward Overture development. XB-1 is slated to fly for the first time later this year in Mojave, California, and its flight test program will be 100% carbon neutral.

About Boom Supersonic
Boom Supersonic is redefining commercial air travel by bringing supersonic flight back to the skies with Overture. This historic commercial airliner is designed and committed to industry-leading standards of speed, safety, and sustainability. Boom's vision is to bring families, businesses, and cultures closer together through supersonic travel and make the world dramatically more accessible. Boom is the first commercial airplane manufacturer to commit to a carbon-neutral flight test program and to build sustainability into its entire aircraft program. XB-1, Boom's supersonic demonstrator aircraft for Overture, rolled out in 2020 and its flight test program is underway. The company is backed by world-class investors including Bessemer Venture Partners, Prime Movers Lab and American Express Ventures and has 30 aircraft on pre-order. Founded in 2014, Boom has assembled a team of over 150 full-time employees who have made contributions to over 220 air and spacecraft programs. For more information, please visit https://boomsupersonic.com.